In the years up ahead of the invention of printing press, the journey of mass communication has transformed into various forms. Shattering the limitations of the print media into pieces, radio has emerged as the medium for all.
Television, bequeathing certain qualities of radio, has further predisposed the masses. Correspondingly, film medium has its own sway in educating, entertaining and influencing the masses. Over a period of time, as the time and technologies advanced further and further, the Internet has emerged as a magnificent medium that accede to the qualities of all the foresaid media. Aye, the Internet is absolutely the eighth wonder of the world!
There is no doubt that the unending technological advancements have turned the world into a global village. Broadcast media have played a significant role in this entire process — the ingestion of broadcast media has a palpable impact on the global societies.
This book is a foundational chaperon to extremely important area of broadcast journalism — radio, television and film. Despite the fact that the Internet is also a constituent of Broadcast Media, the same has not been covered in this volume for the reason that the Internet centred social media itself, needs a very comprehensive volume for discussion. Keeping in view of the requirements and syllabus being followed by various universities of Indian subcontinent and ahead of, this book has been developed. Per se, it will serve as the textbook for mass communication students at post-graduation level.
The readers will get an understanding of medley of the presentation of the concepts of broadcast journalism as you start reading this book. We are confident that the book will confirm its value and be of advantage to all readers, mostly the mass communication students and scholars — to whom it is actually intended.

My Feelings in Rabindranath Tagore's words:
Where the mind is without fear and the head is held high
Where knowledge is free
Where the world has not been broken up into fragments
By narrow domestic walls
Where words come out from the depth of truth
Where tireless striving stretches its arms towards perfection
Where the clear stream of reason has not lost its way
Into the dreary desert sand of dead habit
Where the mind is led forward by thee
Into ever-widening thought and action
Into that heaven of freedom, my Father, let my country awake.  259
-- Rabindranath Tagore 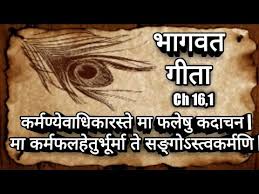